Editor Note: Most trips to South America these days are off-the-shelf trips to individual lodges. But not this ten-day personalized trip to Patagonia. Subscriber Ed Swift filed the report. Enjoy!

It had been nineteen years since I’d last fished in Patagonia. I won’t make that mistake again. This past February our party of seven embarked on a ten-day trip to the Esquel area that was organized by Benjamin Beale, a charming Argentinean whose family has been hosting fly fishermen for over 30 years...

The name of Beale’s company is El Encuentro Fly Fishing (www.elencuentroflyfishing.com ). My wife, Sally, met Benjamin three years ago when she went to Patagonia with a women’s fly fishing club, and her rave review of that trip (Benjamin actually brought in tango instructors for the ladies) made us want to put together a couples trip of our own.

We were met in the airport at Buenos Aires by Benjamin’s ultra-efficient operatives and escorted to the stunning Hotel Alvear, which ranks among the world’s most elegant hotels. After exploring the nearby cemetery and finding Eva Peron’s tomb, we had a fine dinner and rejuvenating night’s sleep. The next morning we flew two hours to Esquel, in the westcentral part of Argentina in Chubut province, just a few miles from Chile, where we were met by the four guides who would accompany us our entire trip. All of them were native to the region and fluent in English: hardworking, companionable, and expert. They drove us to our first destination, Estancia Tres Valles, a 25,000-acre cattle operation some three hours to the south.

Because the Beale family pioneered the fishing/guiding business in and around Esquel, Benjamin has working relationships with seven different fishing lodges in the area, and access to hundreds of miles of private waters within them. The lodge at Tres Valles, with views of Lake Vilches and the mountains beyond from every bedroom, was a stunning introduction. It reminded me of certain parts of Africa: dry, dramatic, and remote. At dinner, which featured grass-fed beef from the ranch, the fishing options were presented to our group: the Rio Pico, a freestone river that held big browns and rainbows; the Materno spring creek, highly endorsed by a friend from an earlier trip; and a nearby lake that reputedly held 25-inch brown trout that sipped caddis hatches.

Unfortunately, we awakened to a howling, relentless wind, which blew at 40 mph all day, gusting at times to 50. It was, by far, the windiest day any of us had ever fished: it turned the lake into a washing machine. Nevertheless, bundled in layers, we headed out to face whitecaps on the Rio Pico, where, to our surprise, we still managed to catch fish. Some were big fish. Stripping large terrestrials near the bank to tease them from the undercuts, one of our group fought and lost three brown trout between 24 and 26 inches. I landed a 22-inch rainbow. The casting was difficult, the rowing of a raft all but impossible, but Rio Pico fished well from the banks of its many braided channels and the trout were willing if you managed to land your fly in the right spot. We figured if we could have success in conditions like that, it was going to be a special trip.

Day two, the wind let up some, so we fished Lake Vilches, opposite the lodge, reputed to hold huge trout as large as 36 inches. Our guide, Alun Lloyd, a music teacher from Esquel, said the lake is one anglers either love or hate: not a lot of fish, but every fish is a good one, and some are of the once-in-a-lifetime variety. We cast from a river raft, slow-stripping large nymphs and streamers from sink-tip lines. Benjamin’s brochure recommends bringing 5 wt and 6 wt rods, but I was very happy to have my 10-foot 7 wt rod along, which handled the wind, heavy flies, and sink-tip beautifully. By lunchtime I had landed a 25-inch rainbow that we estimated at 6 –  7 pounds, and another that measured 21 inches that looked like it had swallowed a football. I’d also missed a vicious strike that literally ripped the line from my fingers. Some people find lake fishing tedious. I do not count myself among them. The lunches were uniformly excellent. The guide and his assistant would set up a portable table in the shade, drape it in a tablecloth, unfold chairs, open a bottle (or two) of wine—or other beverage if you preferred—and start you with a plate of cheeses, charcuterie, and olives, followed by a light main course of pasta or cold meats, salad, and dessert. One day we had caramel flan. It was the very definition of a civilized streamside lunch, and the fishing was so uniformly excellent I never felt the need for a siesta afterward. The third morning was a highlight of the trip. To continue reading this article, click here. 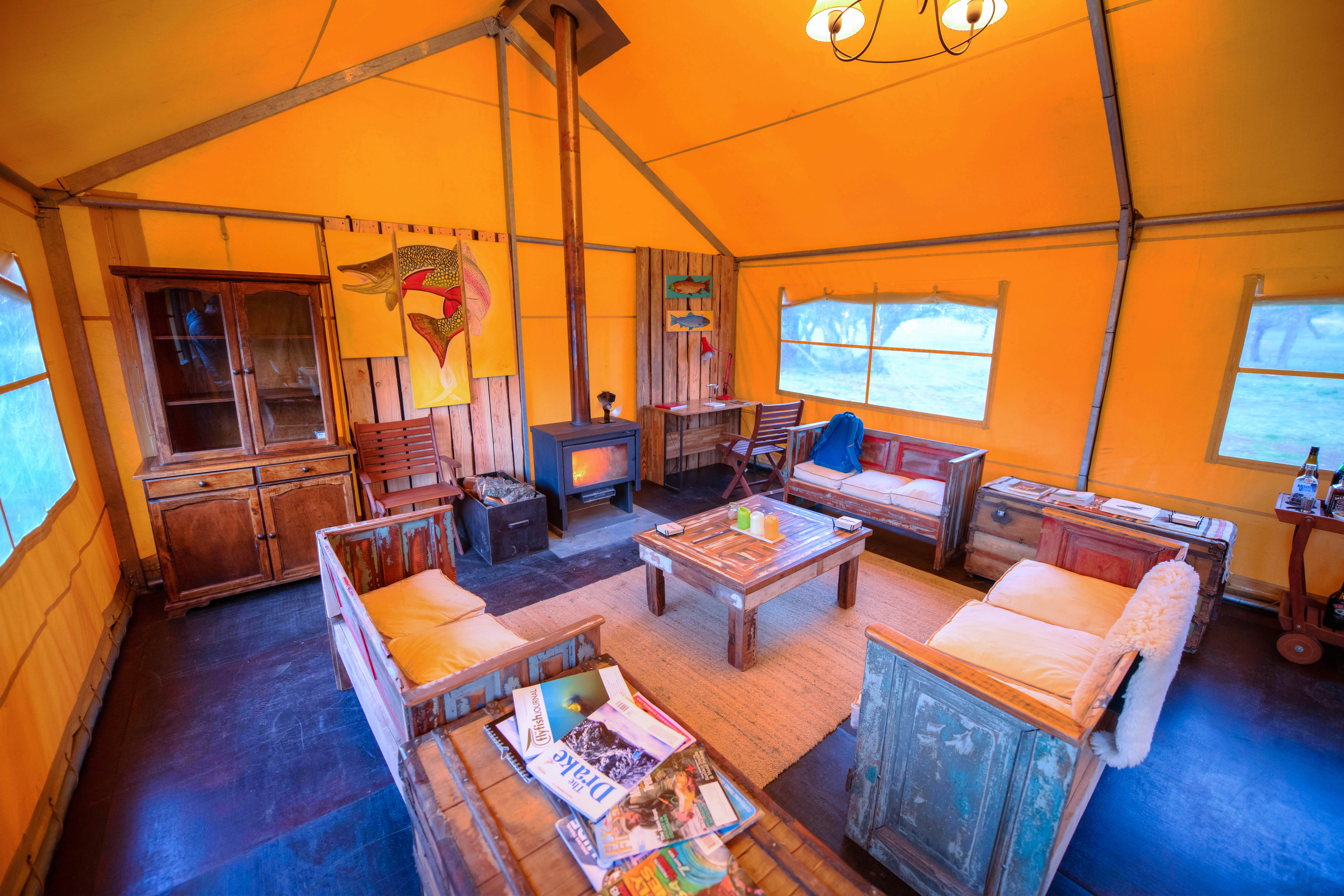 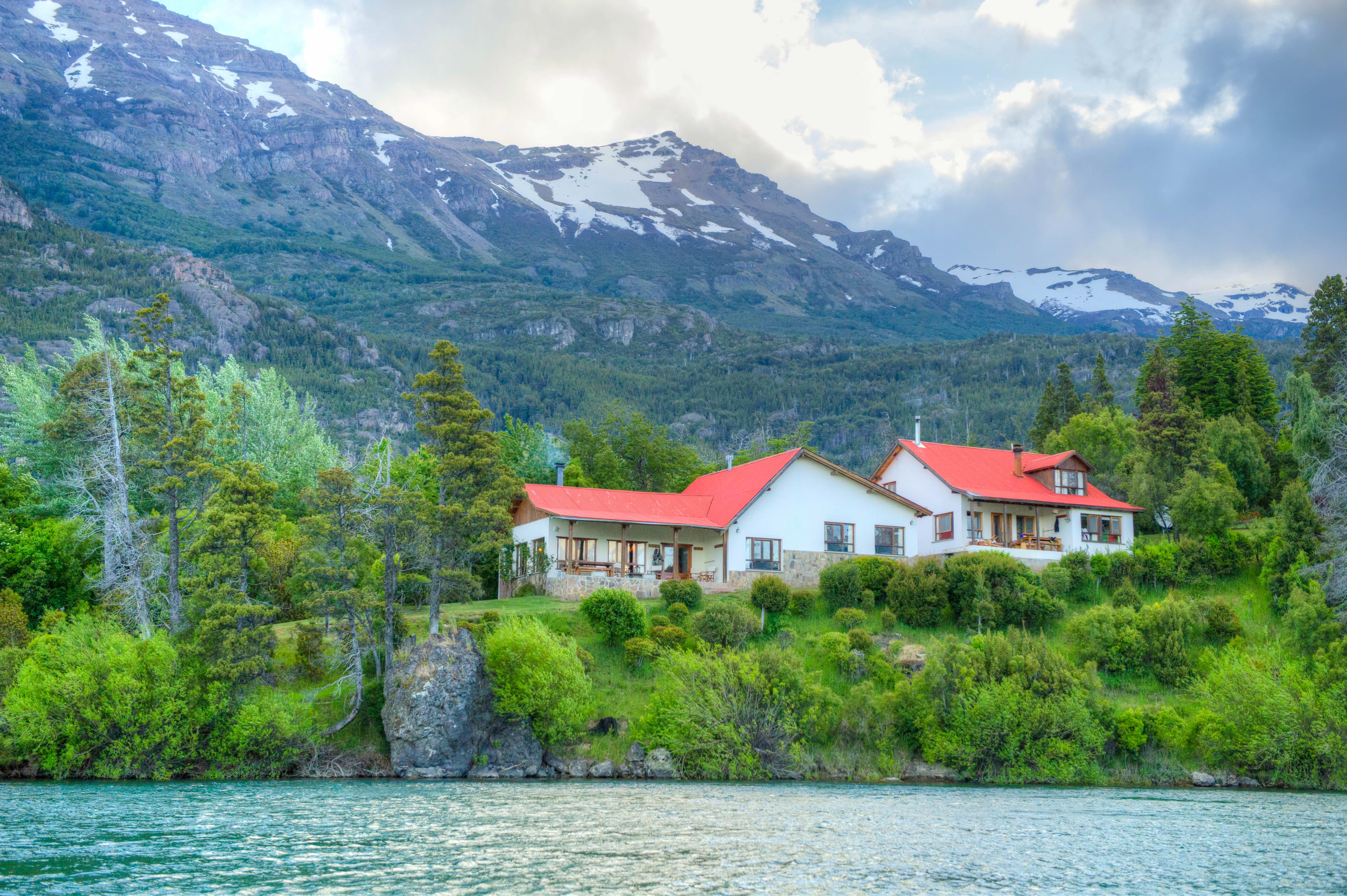 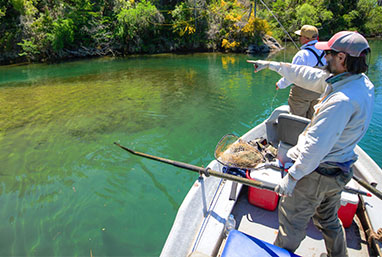